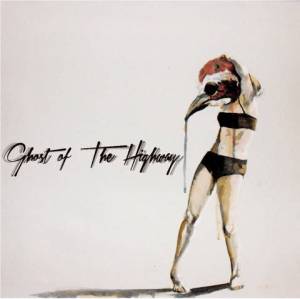 Ghost of the Highway are a heavy rock trio from the Guildford / Dorking area. Already renowned locally for their hard hitting songs and energetic live performances, together with their hard working punk rock ethic – they are spreading their wings outside the County – and now slowly becoming sought after across the land.

This particular ghost story begins in late 2010 when guitarist Jon Lett wandered into a bar, despondent from the breakup of his former bands. There he met drummer Jack “Gump” Summerfield. After waxing lyrical about the status of the local scene and the bands in it, helped by copious quantities of alcohol, Jon and Gumpo decided to join forces to see if they could create their own destiny and deny the forces of evil their victory.

After a fair amount of hard work, trials and tribulations, 2 bassists and surviving the generally perilous state along the way, Ghost of the Highway released a demo EP titled “Hope and Other Four Letter Words” in 2011 (on bedroom label Specky Records) to rave reviews. In the September of that year they met bassist Jack “Willy” Williams and the noble triumvirate was formed. At this point the local scene was buzzing for the band, so it was time to hit the studio for a (really) mini album. With producer Paul Frost [Zico Chain], behind the desk and offering guidance, Ghost of the Highway finished working on their amazing debut album earlier this year. The first single “So Sick” is now available through iTunes and is already creating quite a stir…

We had a listen to this exciting ‘mini album’ and this is what we thought:

“So Sick” – The spirted fizz of this track sweeps you off your feet right from the very start. This high energy tune strives to be something even bigger than you can possibly imagine. Classic low-down riffs combine with creative harmonies that are not only very pleasant in their own right, but also recall the irrepressible magnificence of such classic rock masters – such as Alice Cooper. ‘Nuff said?

“Preacherman” – Slightly softer in focus than the ‘So Sick’ track, this still resounds with the spirit and imagination of truly inspirational classic rock. A bunch of beautiful arrangements allows you to get into the very heart of this song … Then the chiming and hummable chorus really gets those hooks into you. 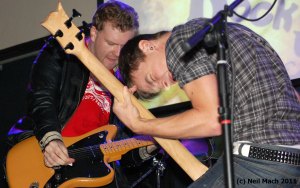 “Vultures”
This spoons out enormous splodges of fudgy guitar and a walking bass that will not let go of your neck muscles. The dirty riffs coat you in grease- and the vocals are the kinda 1950’s sleazy sounds that you might hear in some downtown car mechanics crumbling place. The percussion on this track is outstanding… with piles of shimmering cymbals and blasts of crackpot yet symmetrical drums. Fuzzy but enormously enjoyable.

“Second Rate”- This has streamers of guitar that fly in the wind as this song rushes down a rickety track hurtling towards the entrance to the tunnel of love. Sneering vocals and a blustering fast beat adds to the illusion of freerunning – and being totally dizzy-silly out-of-control.

“March of the Pigs”
A lightly tapped out hook starts this whole thing off, but then the glorious verse starts to overwhelm the listener- emblazoned with licks and splashes of guitar. Generous riffs create a wholesome texture that may remind you of big hair bands like Bon Jovi. But this song also has a style and a substance of its own. And, most importantly, this will be a real anthemic chant-along when played live.

“Another Pretty Boy”
This has some jarring notes, strident chords and faltering rhythms before the shimmering fullness of the song charges into view. A fizzy pop confection with a punky beat and sardonic lyrics- the sounds are perfectly suited to the title and the theme.

Check out the band here: