At the moment, Shadowside are promoting their latest release “Inner Monster Out”. The album won by popular voting the 11th Annual Independent Music Awards in the “best Metal/Hardcore album”, contest which had the likes of Keith Richards and Ozzy Osbourne as judges. 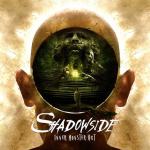