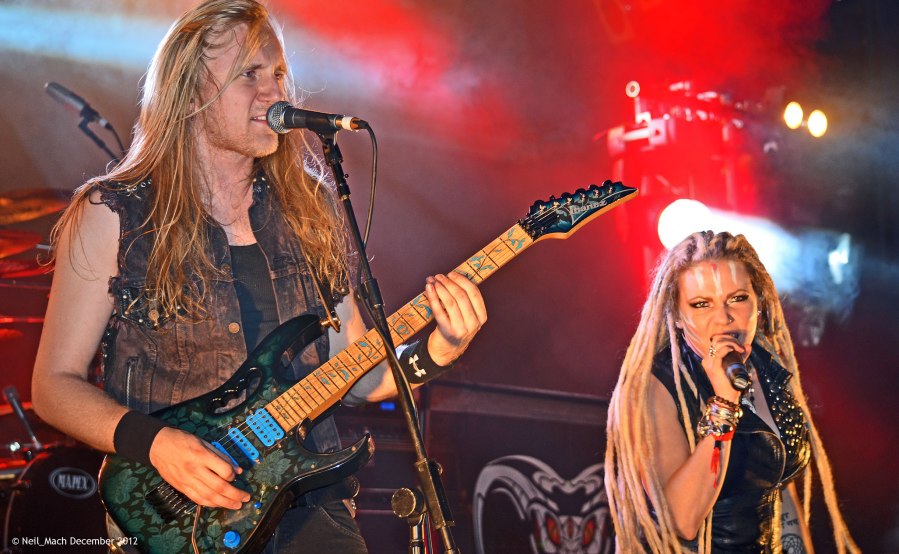 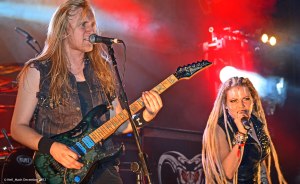 The wise shepherd was able to lead his flock to a new pasture.

They had travelled a long way from their home land – to a distant, strange meadow.

It was never going to be easy. Some poor animals were destined to get lost along the way. The kindly pastor did his best to round up each lost lamb.

At the end of the trek, the flock reached the safety of their new site: Hafan y Mor, a haven by the sea …. just a few miles around the peninsula. Finally, the kindly shepherd could rest his head.

It seems that the highly anticipated annual event (and the spring-time sister event Hammerfest ) had finally grown too big for the limits of the Pontins site. The reasoning behind the move seemed clear and simple: Haven Pwllheli offers better quality accommodation, better food outlets, and a larger site. Importantly, it has no sound restrictions.

Let’s be honest, the home of Britain’s only rock and metal boot camp was pretty pathetic. Nothing has changed at Prestatyn since the bus Inspector ‘Blakey’ Blake was providing “dance lessons” for the camp nurse. And that was back in 1973. (Holiday on the Buses.) “That’s made my day that has”.  He would say. Well we are glad he was happy. Because the conditions at Pontins were Spartan then, and they still are now.  But it felt like home to the HRH Fraternity. They understood the layout. They liked the proximity of the chalets to the venues. They put up with concrete floors and queues at the bar.  They put up with walking half-a-mile to the ‘back door’ so the music didn’t wake up ‘local residents’.  They put up with it all. Because they do not like change. So there was definitely going to be some bleating from those who didn’t like the idea of travelling to a new site.

But the pros and cons of Hard Rock Hell VI ‘A Fistful of Rock’ were clear:

Bad Points about the New Site:

Much Better Points about the New Site: 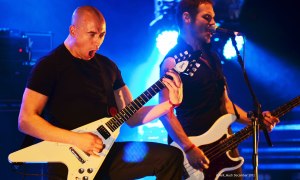 Yes. Change is sometimes bad news. But, overall, things went beautifully at this year’s event. With excellent performances from the likes of Molly Hatchet, Primal Fear and Testament. A lot of enthusiasm and energy up on stage. A huge amount of signing sessions and acoustic sets to enjoy. Brilliant and friendly staff available all over the camp. And, best of all, the kind of rock ‘n’ roll camaraderie and genuine fellowship that other festivals can only dream of. These are the things that make a great weekend.

As usual, KISS guitarist Ace Frehley backed out of playing the festival.  This seems to be a regular occurrence. The annual Ace Frehley back-out is now a common – and much loved –  feature of the HRH tradition.  In his place, the organisers managed to get Ugly Kid Joe for Saturday night (at the last moment.) The Isla Vista rockers played a great set and, although most festival goers were not familiar with the bands output, (except for the singles,) most were delighted with their performance.  We also got ex-Skid Row frontman and David Coverdale impersonator  Sebastian Bach on the HRH Heaven stage on Friday night. Sound problems seemed to blight Bach’s set,  and the performance was not as electrically charged as many had expected. But most enjoyed the show.

A low point came on Friday night, just before the splendid Molly Hatchett performance,  when Blackfoot, played like a poorly prepared cover band of themselves.  It was a real shame. A festival goer (Paul)  told us the next morning that he had come “All the way” from London “Just to see Blackfoot…. but that he  “Genuinely couldn’t  recognise any of them at all…  And they clearly didn’t know any of Blackfoot’s songs.”

The Buckcherry performance on the ‘Extra Night’ on Sunday at the Xmas Rockers Ball was highly anticipated. Although it w as very enjoyable, the audience seemed dismayed that the set seemed a little short.  It was a big all-day-long build up.  And a bit of an anti-climax.

On the cold bright Monday morning, after leaving the site, and on our long drive home through the glorious mountain scenery, we reassessed the weekend. We concluded that we had enjoyed a hell of a great time.

Musical highlights were, for us:  Quireboys, Pig Iron, Kobra and the Lotus, Red White and Blues, Tigertailz, Bonafide, and Attica Rage (who sensationally launched their third full-length album ‘88mph’ at the festival.)

In other words, we mostly enjoyed all of the old and trusted HRH stalwarts.  As usual, they gave it their everything.  They made it a successful weekend . The ‘big-names’ were fine, but a bit ‘under-underwhelming ’.  And the new site for HRH was, overall, an improvement.