The new effort was mixed at AudioHammer Studios by Mark Lewis (Trivium, All That Remains, Unearth, The Black Dahlia Murder, Whitechapel).

The three songs on the release can be sought out at Painside’s own site here: http://www.painside.net/ 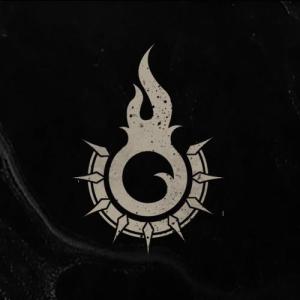 Our own noble Scriba Pontificus here at METAL AS RELIGION had a listen to the new tracks:

If you ‘Break the Hive’ you tend to get wax on your hands. And stung in the backside. So there is a lot of angry clamor in this piece … as angry buzzing, lancing things continue to attack you with their poisonous darts. The voice is lively and exceptionally pure. In fact it reminded us of our own dear “Bruce Bruce.” The jagged shards – caused by the dagger-sharp guitar-work – in the final quarter of this song – will cause you some damned heavy, head splitting, liberation. But you’ll get over it. Eventually.

You can always ‘Reject the Silence’ and listen to the next flaming monster of a song instead. A guitar weaves around the rapid pace of this next track, like a snake coiling around its prey. A very dark vocal brings in the gloom. The head banging rhythm rattles along like a triple-deck hog carrier on the “Golden Spike” bridge. But it is really only when we get to that glorious twin-guitar strike – it’s like being hit in the face by high energy proton-beams – (Carlos Saione/Leandro Carvalho) – that we really start to groove. God! This is good!

And, if you have ever had ‘A Caustic Romance’ then you will know what they are talking about here in this next song. First comes the headache. Then the constant griping. Then blistering arguments and raging fists. Until, finally, you get that weaseled voice inside your own head – that comes at you like your most fervent critic. This song runs around, screaming, and knocking things over. This is some kinda hell. It’s true.

If you like Trivium and Iron Maiden and consider yourself a bit of a ‘showman’ air guitarist then you might want to get this.

It’s as searing hot, and as flaming-bright as Dante’s jockstrap … after he got booted out of Hell (for being too boisterous.)