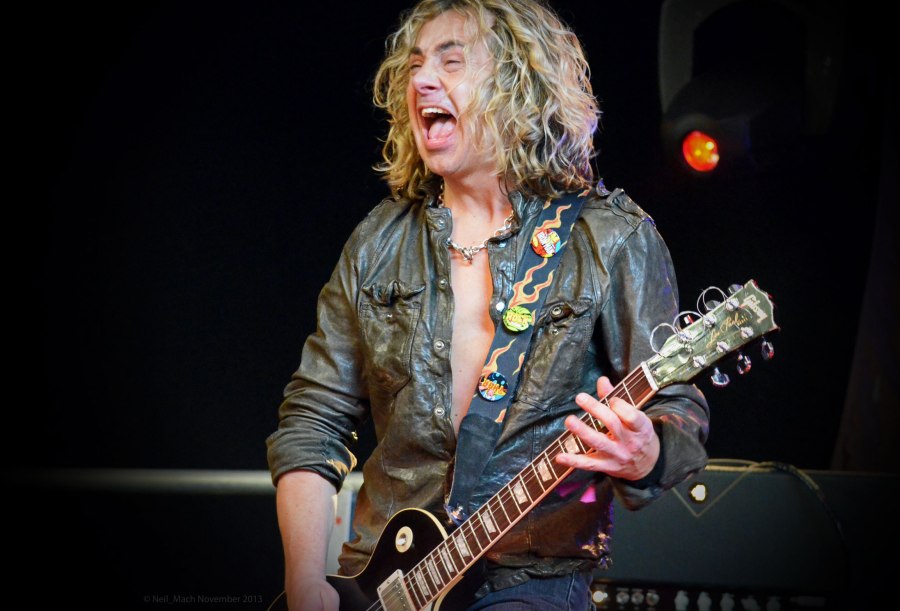 The Jokers first burst out of the starting blocks with their debut album, ‘The Big Rock ‘N’ Roll Show’ in 2009. They then spent two years on the road building up a substantial live following supporting the likes of Hawkwind, Y&T, Argent, Anvil and Fozzy.

Their explosive set at Hard Rock Hell was a delight to their legions of fans – and a wonderful surprise for the many people who had not yet seen them… On Monday many hard rockers were still citing the Jokers show as one of their favourite sets of (the 3 day) festival. 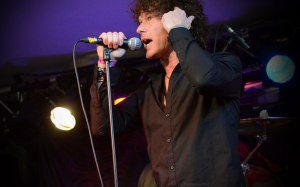 Most of the songs performed at HRH were taken from their album number two titled “Rock ‘n’ Roll is Alive” – but the The Jokers crashed into action with the older – but no less shocking – shenanigans of “Dr Rockhead.” They were the opening band on Stage 2 on Saturday and this was the opening song…. It was a percussion heavy bone-grinder with a racing pulse and a steaming hot-spring of pure power. It certainly had a classic AC / DC feel to it . The crowd went wild. As the song matured it became as acerbically tasty as a freshly cut pineapple sat spitting on the grill.

The title song (from the new album) “Rock ‘n’ Roll is Alive” had a scuzz-filled riff and a stormy approach. It was like ‘Tie Your Mother Down’ on uppers. The May-like riff was played at breakneck speed – the whole thing careering deliriously out of control …like an intoxicated bear diving headlong down a helter-skelter.

‘Radio’ was a perfect rock ballad – with a harmful sting in its tail. It was like watching the morning sun as it stung and burnt our eyes. Hypnotic, yet damaging. ‘Let It Rock‘ had a heady mixture of blues guitars and gritty vocals. And some rascally drums.

The show was completed with ‘Silver City’ and a bee-buzzing bass that was downright dirty. The chugging riff drilled deep into our bones and messed with our over-excited heads. The “Down, down, down …” chorus was harmfully addictive – with a high dose of sledge-hammering guitars – it must have caused some serious synaptic damage to our tender festival bonces.

What a hangover cure ! What a show!