Our comitia centuriata here at METAL AS RELGION has decreed that we must add MORE PICKS to our earlier piece. 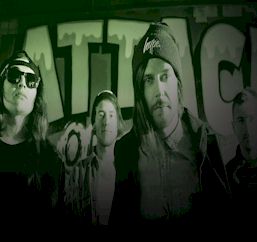 New album ‘Movement’ to be released on ‘Dirt Track Records’ on 10 March 2014 by the righteous Exeter four-piece rock-rap revivalists ‘Idiom’ present new songs like the title track, with its spinning, stinging tentacles of pure, beautiful, pungent power – and silvery vocals that spin around your head like a bursting motherload of stars.

The past 3 years have seen the band play Hard Rock Hell Ibiza and Hammerfest, and tour UK with Skindred, DevilDriver & 36 fists as well as performing stand out headline shows across the realm. This is their year. This is their future.

Ball Of the Dead Thursday 6:40

These Wrexham Southern Rock buckaroos have been stampeding around our parched earth during this last year, wrangling a hard-earned living from their heartfelt and powerful songs.

Songs  like ‘Behind those Eyes’ from their monumental ‘Every Second Counts’ EP.

Bristled and ash-laden, the vocals from Gavin Jones rub  along smoothly and magnificently with a bursting of sparkling guitars from Darren Jones. It’s all a treat.

Since their ‘The Man Of The Black Abyss’ beginnings in 2008, the London based group have been taking their slightly industrial/slightly gothic imaginings yonder to many new pastures green … they were the first British metal band to tour in INDIA and have now completed five successful tours in the most populous democracy in the world.

Songs like their rapid ‘Lonely Road’ (filmed at London’s Battersea Power Station) is a fast and hectic sermon to the daunting misery of loneliness.

The song incorporates groaning sadness (in the masterful guitars) and vast swathes of percussion … and the listener has the nagging feeling that the protagonist in this sorry affair is seeing the world through the eyes of his ex.

The BS sit somewhere between stoner rock and classic rock. But with an addictive punk ethic that runs deep within their veins. Their groove-based sounds have been causing a definite prickle in our spinal columns since we first heard them last year.

Songs like the monster ‘Hot Town’ make you sweat with astonished glee… with its spiking white-hot guitars and shouty vocals – the sounds seem to steam at you like froth from a lava-pit.

Or take the more lyrically effervescent ‘Soul Fur Coat’ with streams of liquid guitars and a rapid percussion that hurtles at you like an out-of-control express train. It is all provocative and shamelessly exciting stuff!

These knights from Bolton have been distinguishing themselves all over the fusty realm with their ferocious concoction of meaty hooks, fresh melody and dusty feedback.

According to METAL HAMMER their sound is: “Part Motorhead, Part Queens Of The Stone Age.”

Their recent ‘Emperor’s Ride’ is a heady, buzzy mix of sordid guitars, grizzled vocals and a ceaseless  fusillade of fierce percussion. 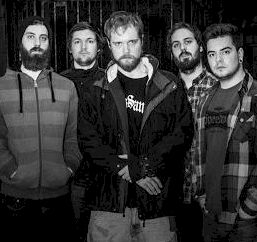 Desert Storm are the heaviest blues metal band that you are likely to hear this year.

Their extravagantly powerful grooves have been knocking the dust from the tank-tracks of mediocrity since early 2010.

They have been taking their sludge ‘n’ blues out from their Oxford spires – and spreading their grit into the huge outside world.  Their sounds can be summarized by the howitzer that is ‘Shadow Of An Eagle’ – a sparkling, lumbering, lank song with smoke in its eyes and poison in its shadows.

The luminous guitars shimmer and Matt’s guttural voice invokes rage and passion … all at once! 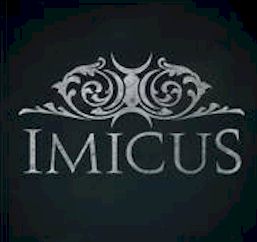 We have been following IMICUS since way back.  We saw them at  Hammerfest I.  That’s how far back we go.

We loved the band’s debut album ‘Animal Factory’ released in 2010 and we had high hopes. But we were gutted when the band seemed to flounder in 2013 – almost running into the rocks.

But since then a new line-up has been busily writing, preparing and practicing for a new metal-onslaught. And a highly anticipated second album release – set for 2014 – will hopefully take the band back to where they ought to be.

Their songs – like ‘The Marionette’ can be characterized by clever arrangements, vast guitars and impassioned vocals (from Miller) that twist around the dark parchment soul of their impressive song-structures.