Following the release of their critically acclaimed album ‘Thoughts Of A Rising Sun’ the 5-piece metal band GraViL headlined the Takeover stage at Download Festival in 2013. Their unyielding melodic death/industrial metal has been exciting folks up and down the country since 2005. 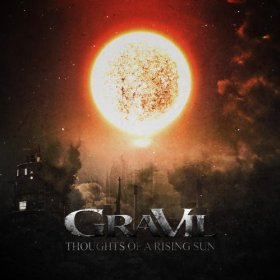 We caught up with the Essex band at this year’s Hammerfest for a chat about their new album, playing live and creating that immensely satisfying sound.

WOULD YOU SAY THAT THE AREA YOU COME FROM IS AN INDUSTRIAL WASTELAND? YOU’RE FROM THE EAST OF LONDON – ESSEX – DOES THAT AREA HAVE THE SAME PERSPECTIVE AND ENVIRONMENT AS, SAY, THE WEST MIDLANDS?

Yeah, you get a kinda bit of that darkness and industry at Dagenham Falls – when you go over the A13 – but we like making music like that, and we like dressing like that. So the environment hasn’t really affected us…

We like to say: “Who we are on stage is who we are in real life…” The best terminology you can use for our sounds is: industrial melodic death metal. We do try to incorporate a lot of the European sound – but we also enjoy a lot of the industrial synths. (Although we have got ‘March of the Titans’ that has got more orchestral sounds in it.)

WHAT INSPIRATIONS DID YOU FIRST HAVE WHEN YOU SET OUT?

Just metal really. [We didn’t fixate] on any one band. For example, when we were in the process of writing the album, we were listening to loads of bands: [Ranging] from metal core – to death metal – to black metal. We thought: We like that bit … so we’ll put that in there. It was one big ‘Picasso’ painting at the end of it…

SO TELL US ABOUT THE ALBUM THEN…

‘Thoughts Of A Rising Sun‘ came out last year. It has taken time to get our first product out. And now the band has that [product out] we can spend more time on the road, writing more, collaborating more … and so the process becomes quicker.

Things start speeding up once you get things going.

We have been very lucky with the album. We have had – near on – no negative reviews about it at all. There has been a lot of talk about how it crosses many different metal genres and sub-genres – which is fine. We set out to write an album that we would want to listen to. That is exactly 100% what you have got to do. Write an album that you wanna listen to. If people like it, well, that would be great too.

But it’s always difficult – when you release an album – to send your finished product out there. Because, although we did it all for ourselves, and we wrote the album we wanted, and we were happy with it, it’s always hard sending it out there into the world because you are worried about the daggers that are going in and how people might start pulling it apart… So it was nice to have positive feedback from it. One of the only times we got criticized for it was because we called the interlude track: “Interlude”. 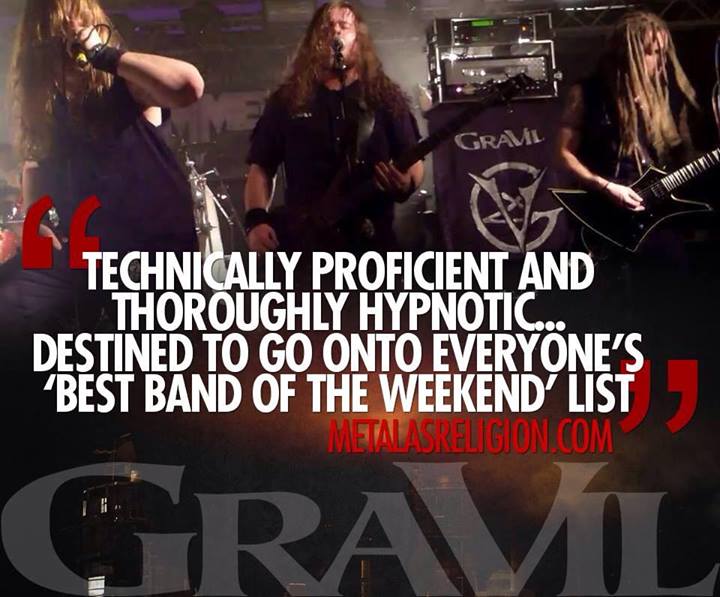 WOULD YOU EVER TEST OUT NEW SONGS ON A LIVE AUDIENCE?

No, We’d test the song out in rehearsal. Then record it. And see exactly how it works and how it goes. Then, and only then, we would test it live. Because, by then, we’d know all our parts …

Plus, as well, if you start putting new material into a set -material that you haven’t released yet – it’s a bit of a a give-away. It gets old before its even released.

When we’re working on new material, and when we listen back to it, if we are not happy with it – then we know it’s not right. And we’ll go back to the drawing board…

SO YOU ARE THE FINAL ARBITERS OF THE COMPLETED SOUND?

Well, no. First we have to show my Nan. If she says “That tracks banging” – then it’s on the album. Approved by Nan.

DO YOU FIND THAT YOU HAVE TO MOVE OUT OF THE LONDON AREA TO GATHER AUDIENCES?

Well, yes. Essex, it has to be said, is a very small place. The scene in Essex is kinda small. It’s almost incestuous to a point. And you kind of over-saturate your own market.

But then, when you go to Camden, and London in general, you are spoilt for choice. Because there is a venue on every corner of a road. And there’s a band playing. Instead of just being a few good venues… with bigger audiences… things seem to get split up. So you might end up playing to smaller audiences – because there are bands everywhere – on every night of the week.

We pick our shows up and down the country. And we realize that we got to pick our battles. And people North of the Watford Gap seem to give more of a shit.

HAVE YOU ENJOYED YOUR EXPERIENCE HERE AT HAMMERFEST 2014?

Oh Yes! We have been looking forward to this one for ages. Since, probably, Download last year, actually. Fingers crossed, we’re hoping to have Bloodstock on the horizon as well. We’d love to do that one too! Then, at the end of 2014, maybe we’ll do some tours. Maybe even branch out into Europe. Do a couple of shows over there. We think we’ll be received well. 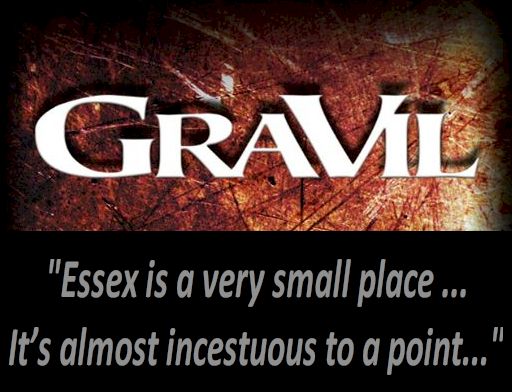 We’re working on new material too. Ideas are coming through at the moment. Although, it’s fair to say, we have been concentrating on the live shows.

We’ve been working hard in rehearsals. There’s a video in the making for (possibly) ‘Beyond Reprieve‘.

Then more shows, and then next year (2015) a new release and a new set of tours. We’ve got a few tracks roughly filled out already – but we now know what we want to do and where we’re going.