Originally formed by Daniel J Finch back in late 2011 amidst a bout of religious delirium – the band back then experienced a myriad of problems holding down a stable vocalist. 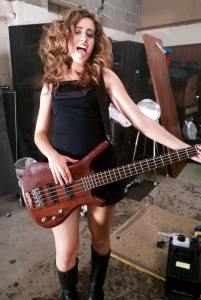 Devilment – Lauren Francis … Keyboards & Vocals…and Bass Guitar by the looks of it!

Enter Daniel’s friend Dani Filth who agreed to help out on a couple of tracks, having some time off from his other projects.

In 2014 the band toured with Lacuna Coil and Motionless In White.

Their first show of 2015 will be at Hammerfest this March. Don’t miss them!